The Farmer Takes a wife...

I've been working on a sew-along project that started last fall, and will be continuing through 2016.  The blocks are all taken from "The Farmer's Wife 1930's Sampler Quilt" by Laurie Aaron Hird: 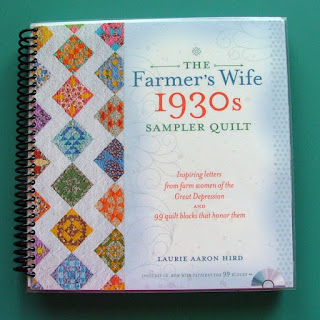 The book contains  letters from Farmer's Wives that were written during the Depression years, and originally published in the Farmer's Wife magazine.  Laurie Hird selected 99 of the letters and matched each of them with a quilt block.  The letters are very inspiring, and still carry lots of good advice even for today's hi-tech lives.

When I bought the book late last summer, I was more interested in reading the letters than in making the blocks, but when my quilter friend Rosemary also bought the book, we decided to make the blocks as a sew-along project.

Within days, I found a Facebook group that was doing the project as well, so we joined up with them.  An official start date of September 28th was set, and everyone in the Facebook group excitedly began posting their fabric choices and plans.

I love the 1930's reproduction fabrics, but I decided to go in a different direction.  I started with a fabric called "Scrumptious", by Bonnie and Camille: 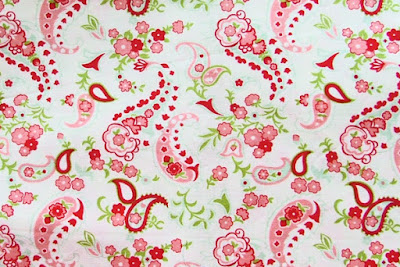 I love the bright, clear colors, and the Paisleys practically called my name.    I added a few other fabrics, and came up with this color palette, based on Bonnie and Camille's "Miss Kate" fabric line. 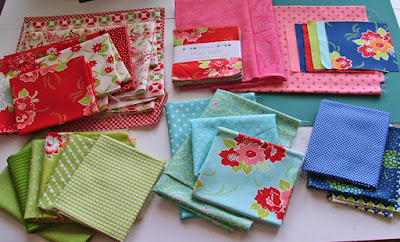 I haven't been making all the blocks along with the group, because I don't want a queen or king size sampler. I am picking only the blocks that I really like, or that are the kind of blocks you would only want to make once.  As an example, this is the block called "Jewel": 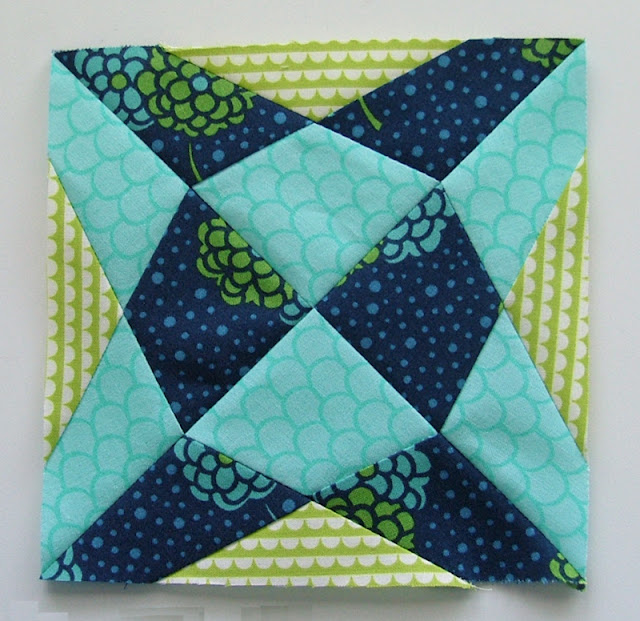 It was fun to play with all those angles for one block, but it would be a real challenge to try and make an entire quilt.

Did I mention that the blocks are only 6 inches square?  I don't mind the small size, but some of the fabrics I chose have large prints and that is the tricky part for me.  For this block, called "Aimee", I needed to use a solid pink so those little triangle pieces would stand out. 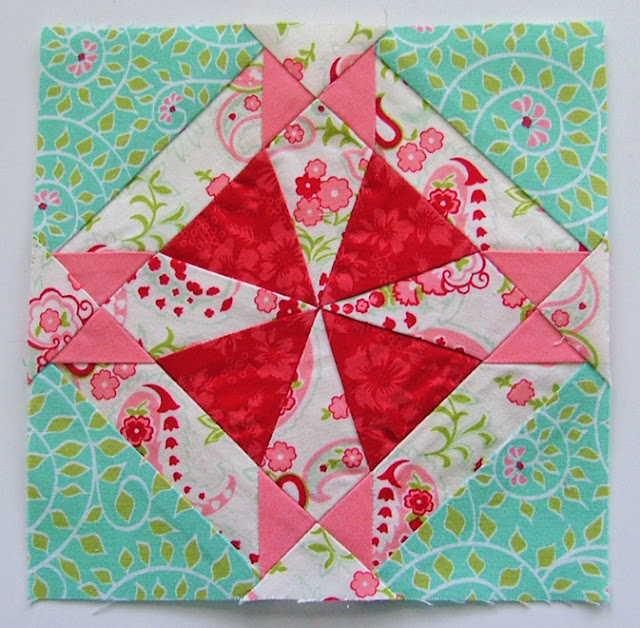 Here are the blocks I have made so far: 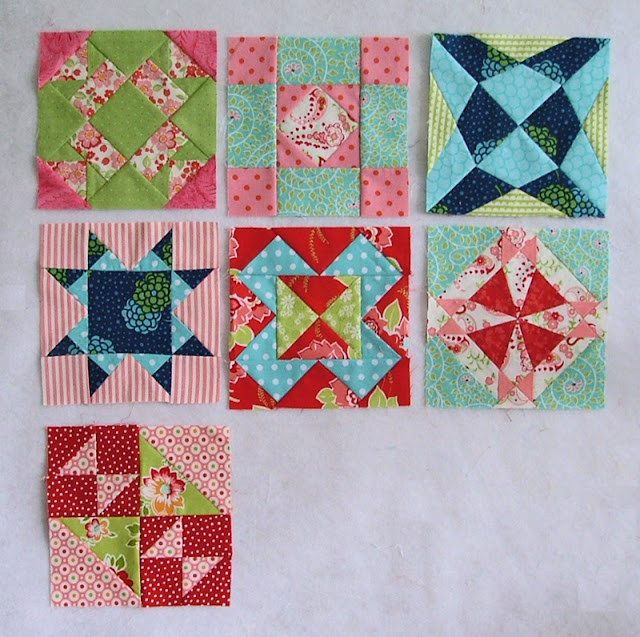 Now that the "Christmas rush is through", I can make more time for working on this fun little project.  My pal Rosemary has been working along at a much faster pace, and is using 1930's reproduction fabrics for hers.

The Farmer's Wife Facebook group now has close to 6000 members. There is no set schedule for starting or finishing.  In fact, a number of people who got the book for Christmas have only just recently joined up.  Stop on by if you are interested in seeing all the different directions people are going, with their various  color palettes and placement choices.  You might just be tempted to join in. 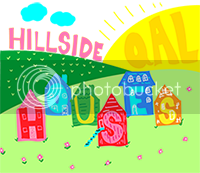